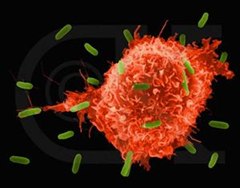 The immune system is not as simple as you might think. Simply, it's formed of two main groups of cells:

Antigens are foreign cells that attack the human body, including bacteria, viruses, fungi and parasites. Basically, they are the toxic "enemies" of our bodies. 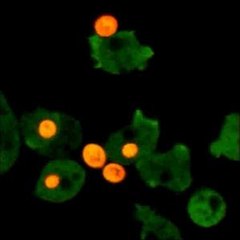 These phagocytic histiocytes cells act as the primary line of defense against antigens, because they are the first fighting units of our immune system to react to the site of the foreign antigen. There are different types of tissue histiocytes, including:

1.  Macrophages - They are the main infantry units of the immune system. They kill the foreign antigen by eating and digesting them in a process known as phagocytosis. Their primary function is to fight until external support comes from the white blood cells.

2.  Dendritic cells - They act like intelligence units that gather information about the attacking enemy (antigen), and the send this information to the central command of the immune system.

They are known to medical doctors and physicians as white blood cells (WBCs). There are different types of them, but the most popular known types are: 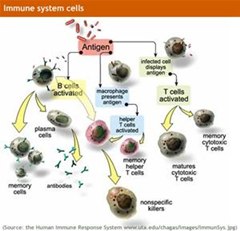 1.  Neutrophils - These cells are best described as the armored units of the immune system.

They are quite similar to tissue macrophages, but with much better function and performance. Their main function is to fight bacteria, especially pyogenic ones (which form puss during infection). Thus, doctors usually know that the patient has a pyogenic infection when the level of these cells in the blood has risen above 7000 cell/mm3 (a condition known as Neutrophilia).


2.  Eosinophils - These cells are best described as logistical units, which are responsible for carrying ammunitions and supply to the fighting immune cells. 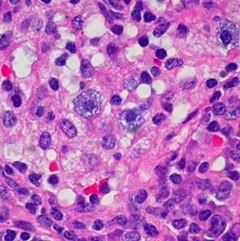 They're secret chemical substances known as cytokines and interleukins that make the blood vessels at the site of infection more wider, so as to bring more blood supply to the infected tissue. These cytokines are also attracted to the white blood cells in a phenomenon known as chemotaxis (chemical attraction).

Chemotaxis means the attraction of WBCs to a site of infection by cytokines and interleukins.

When the eosinophils turn crazy, they start to secrete endless cytokines, inducing attraction of the WBCs to normal body cells, leading to what's known as autoimmune disease. Some examples are systemic lupus erythematosus and rheumatoid arthritis.

3.  CD8 T-Lymphocytes - These cells are best described as the special forces unit of the immune system.

Their primary function is to attack viruses, TB and some types of fungi. They kill their enemies by injecting lethal substances into them, forcing their DNA to breakdown in a phenomenon known as cell-mediated cytotoxicity. 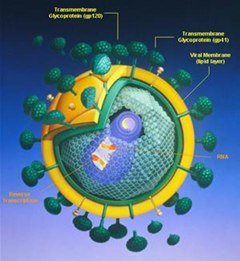 4.  Helper T-Lymphocytes: These cells are best described as central command of the army.

T helper cells (or Th cells) are the secret various types of chemicals that regulate the function of the immune system in fighting back against the attacking enemies (antigens). Many immunologists consider T helpers as the maestro of the immune system.

HIV attacks these cells. It destroys them, leaving the immune system without central command, leading to failure of the immune system to fight back against the attacking enemies (antigens). This make the patient infected with the HIV virus with weak immune resistance and higher incidence to infections.

5.  There are other types of immune cells (e.g. monocytes and basophils), but they are less important than the previous ones.

The process through which the immune system attack foreign antigens is known as inflammation.

In the next article, we will learn how the immune system makes the process of inflammation and how physicians support that process in a manner that harms the antigens, but protect the patient.

Want to master Microsoft Excel and take your work-from-home job prospects to the next level? Jump-start your career with our Premium A-to-Z Microsoft Excel Training Bundle from the new Gadget Hacks Shop and get lifetime access to more than 40 hours of Basic to Advanced instruction on functions, formula, tools, and more.

Other worthwhile deals to check out:

Good read, I didn't know most of this stuff!